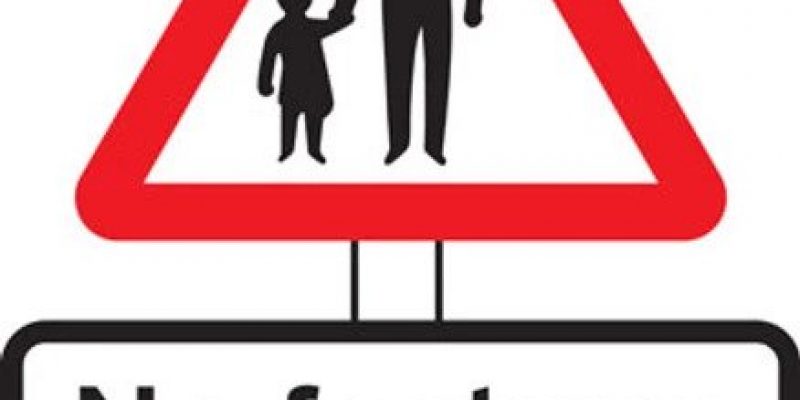 Margaret Calvert: The woman behind road signs and transport fonts

Road signs are an important part of our national road safety and being able to interpret their meaning as you whizz passed in your car was the responsibility of Margaret Calvert.

Typographer and graphic designer Margaret Calvert is responsible for many of the iconic road signs that you see on a daily basis as well as transport fonts and the Railway Alphabet used on the British railway system and signs for Gatwick Airport. With a career spanning decades, Margaret has been instrumental in many signs that we often take for granted as well as the type face on the gov.co.uk website, it has been said that Margaret has shaped our national visual identity.

Originally from South Africa, Margaret moved to England in 1950 where she went on the study at the Chelsea College of art. It was here that her tutor Kinneir asked for her help to design new signs for Gatwick Airport.

When Kinneir became head of signs for Britains roads he asked Margaret to redesign the entire road sign system, from the motorways to small country roads. These new road signs were required to be uniform, easily read from a car and easy to read at speed. Using the European standards of red triangle and red circles, she came up with simple pictograms depicting men at work, schoolchildren with a girl leading a boy by the hand and farm animals.

So important was her work in this field that Margaret was appointed Office of the Order of the British Empire in the 2016 Birthday Honours for services to typography and road safety.

You can see a display of her work, Margaret Calvert: Women at Work, at the Design Museum from 21st October to 10th January, which coincides with the launch of Network Rail’s new customised typeface in collaboration with Henrik Kubel for more information visit The Design Museum website

For help with your signs that are easily read from a car and easy to read at speed please get in touch with our team who will be able to help you design, print and install signs for your business – info@dsandp.co.uk

If you want your business to stand out from the crowd with print and signage, please contact us for a quote.

Want to talk to someone?

Our team are happy to talk to you about your print needs.

This website uses cookies to improve your experience while you navigate through the website. Out of these, the cookies that are categorized as necessary are stored on your browser as they are essential for the working of basic functionalities of the website. We also use third-party cookies that help us analyze and understand how you use this website. These cookies will be stored in your browser only with your consent. You also have the option to opt-out of these cookies. But opting out of some of these cookies may affect your browsing experience.
Necessary Always Enabled

Performance cookies are used to understand and analyze the key performance indexes of the website which helps in delivering a better user experience for the visitors.

Analytical cookies are used to understand how visitors interact with the website. These cookies help provide information on metrics the number of visitors, bounce rate, traffic source, etc.

Advertisement cookies are used to provide visitors with relevant ads and marketing campaigns. These cookies track visitors across websites and collect information to provide customized ads.

Other uncategorized cookies are those that are being analyzed and have not been classified into a category as yet.